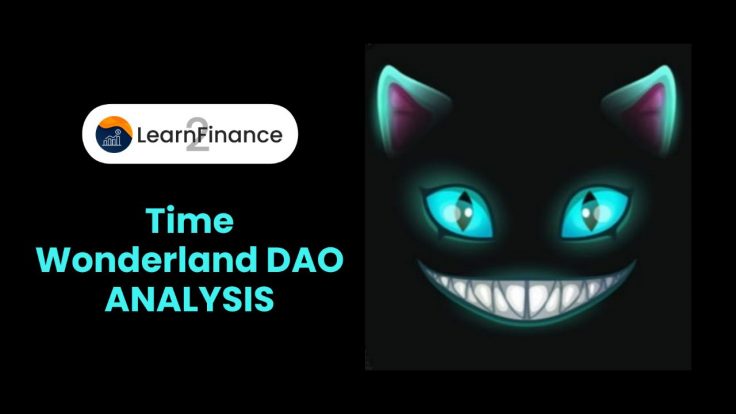 What exactly is Time Wonderland?

Time Wonderland is a clone of Olympus DAO, a currency that offers an annual percentage yield of 8000 per cent Apy.

Peckshield and Omniscia have audited Olympus DAO. As a result, it is semi-legitimate. It has also been on the market for seven months, and the longer it is on the market, the less likely it is to suffer rug pull.

However, instead of the insane 8000 per cent, Apy Wonderland has an even more insane APY of 87 000 per cent, which implies that if you spend one thousand dollars on Time Wonderland. Then you will receive 875.000 dollars in a year. That is really insane.

Who is Time Wonderland‘s creator?

Danielle Sestagalli is the creator of Time Wonderland. But what are his qualifications? I checked them out, and they’re rather remarkable. As a result, he is the CEO of Zulu Republic and the CTO of Utopia Genesis Basic.

He is the creator of three major initiatives. Popsicle finance, abracadabra, and Time Wonderland, of course.

It is crucial to note that Popsicle Finance was hacked, and it was audited, but it was hacked, and 25 million dollars were taken. Instead of fleeing, Danielle repaid all of the money to those who had been hacked.

What if Time Fails?

When customers purchase the Time token, a percentage of the proceeds are sent to the Treasury. And it presently has about 900 million dollars in its treasury balance.

If we look at it right now, we can see that it states backing per Time, which indicates that if everyone sells all of their Time, the treasury has enough money to back every Time token for at least 2.029 USD.

This is in contrast to some of the other coins, which have no treasury and no backing.

So, if Time crashes, and there is a mechanism in the contract allowing it to utilise the money in the treasury balance to buy back the Time tokens and then burn them. This will keep the token price stable and prevent it from decreasing.

That may appear clear, as it is the exact thing it promises you 69,883 per cent of the time. However, this is not the case because the contract states that one Time token equals one MiM. (magic internet money). And one MiM costs about a dollar.

So the brilliance element of this is that if you spend $8,000 to buy one Time token, it only takes one dollar to manufacture and back up that Time token. The remaining seven thousand nine hundred and ninety-nine dollars are allocated to other stakeholders and deposited in the treasury.

This is how they can justify Apy’s extreme behaviour. Because they aren’t guaranteeing you money, they’re promising you investment. They will just give you a Time token. And the Time token is worth a dollar at the absolute least.

However, at its heart, one Time token is only worth one MiM currency or about one dollar. This is how they may provide you 69000% APY.

The big question. Is this a SCAM?

I don’t know what I’m talking about. However, it does not appear to be a hoax. Because the creator appears to be a highly trustworthy individual, and he shows his face.

So you know that if something goes wrong in Time Wonderland, he’ll try to solve it. He’s not going to flee. That, I believe, provides me with some assurance. However, it is still quite dangerous.