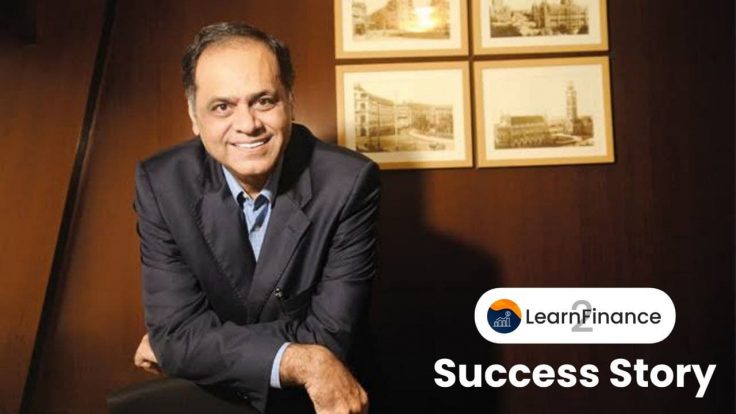 The storey of Ramesh Damani, on the other hand, is unlike those traditional stories in which the successful investor comes from a low-income family. Ramesh Damani was born into a wealthy family. His father has been involved in the stock market for 20 to 30 years. Senior Damani was able to provide a respectable income for his family, allowing him to send his son to the United States for further education.

In the early life of Ramesh Damani

Founded the firm Ramesh S Damani Finance Pvt Ltd. He has a Bachelor of Commerce degree from HR College in Mumbai and a Master of Business Administration degree from California State University. He had little interest in the work in which his father was involved, which was the stock market.

But fate has its own set of objectives. Ramesh Damani was his father’s only son. As a result, his father had always wished to send Ramesh back to India so that the two could remain close and, in time, he might begin participating in the stock market as well.

Ramesh’s father tried and failed several times to persuade his son to participate in the stock market. Finally, he attempted another ruse to persuade him.

Ramesh’s father had gifted his son $10,000 USD and had stated “Take this money and put it to good use. If you double the money, you get it; if you lose, no questions are asked.” There was one condition, however: Ramesh had to invest in the stock market.

Ramesh Damani consented to the wager and put his father’s money into the stock market. Unfortunately, he ended up losing a large quantity of money in just 6 months. But, as his father had promised, Ramesh was not questioned after this setback.

Ramesh Damani, on the other hand, did not think so. Ramesh Damani was enraged and irritated. “How could an MBA graduate from a respected US university lose money, especially in a bull market?”

It damaged his ego, and he resolved to take his first active step into the realm of the stock market at that precise moment.

Ramesh Damani joined the Bombay Stock Exchange in 1989 after receiving a Master’s degree from California State University, Northridge. He wanted to make a career via broking, but what piqued his interest was identifying potentially profitable enterprises and then investing in them for a longer length of time.

Damani’s father had made money in the market, but he always sold his stocks as soon as their prices rose. Ramesh Damani once stated of his father, “He always provided money for the family, but never fortune.”

During 1989/90, the market saw a tremendous bull market known as the Harshad Mehta bull market. Ramesh had produced a lot of money for his clients, but he would only get 1% back. Some of his astute clients had profited up to 100 per cent, so he decided to invest for himself once the bubble had burst and everything had returned to normal.

Ramesh’s first major action was when Infosys went public in 1993. He knew Infosys would profit from massive labour arbitrage because he worked as a developer in the US. He put up a huge Rs 10 lakh in both Infosys and CMC. By 1999, his investment had multiplied by a factor of a hundred.

Damani was positive on the liquor sector in 2002-03, right before the last ‘bull-run’ began. “It was unbelievable; the whole liquor sector in India was for sale for something like Rs 500 crore.” His venture had been a huge success, and it had paid him off handsomely.

He also recognised and invested in two public sector firms, Bharat Electronic Ltd and Bharat Earth Movers Ltd. And he admits to feeling guilty for not purchasing enough of them.

Holdings in the Portfolio

Ramesh Damani has assets in both unlisted and publicly traded firms. Damani is well-known and respected for selecting high-quality value investments that may be held in the portfolio for an extended length of time. He invests according to the Warren Buffett model, which favours firms with solid management credentials and processes.

Lessons to be Realized

Ramesh Damani’s first major misstep occurred in the United States when he lost $10,000 USD. He was purchasing shares while staring in the rearview mirror, which means he was looking at the previous bull market and purchasing stocks that had plummeted. Damani saw it as a deal.

However, not all falling stocks will provide you with a fantastic deal. That was a costly and, of course, necessary lesson. His father recognised that losing money is a part of stock investment and the trading business.

Ramesh Damani also regrets not purchasing more aggressively when the markets plummeted during the 2008 crisis. “I had expected the drop and had 30% in cash. However, at the time I began buying, the market had already risen “He had stated.

He hasn’t allowed himself to have many regrets in his life since then.

As an analyst, Ramesh Damani had made a lot of blunders, and it was the lessons he learned from those mistakes that would benefit him for the next 30 years of his life.

“There are no mistakes, only learning,” he explains.

The stock market is not about trial and error, but rather about analytical abilities. Ramesh Damani is one of those great investors who learned from their failures and applied what they learned to achieve new heights of success.

Despite possessing a respectable degree and a well-paying career, Ramesh Damani saw the potential in the stock market and opted not to settle for conventional employment.

However, as Damani pointed out, understanding the trading world requires the necessary analytical abilities, knowledge, and foresight. Successful investors do not just enter the world of trading based on their luck; they are always willing to take risks and suffer losses.

And this is one of the most significant characteristics that each investor or potential investor must possess. 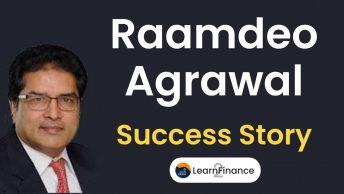 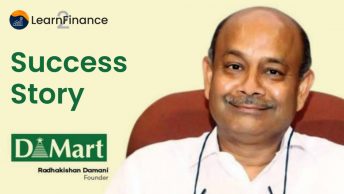 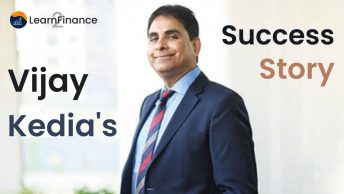 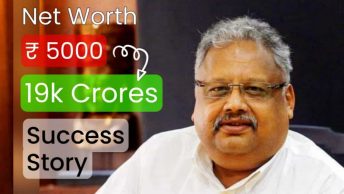